Belmont holds off New Site to claim Division 1-2A championship

by Jason Collum
in Sports
0 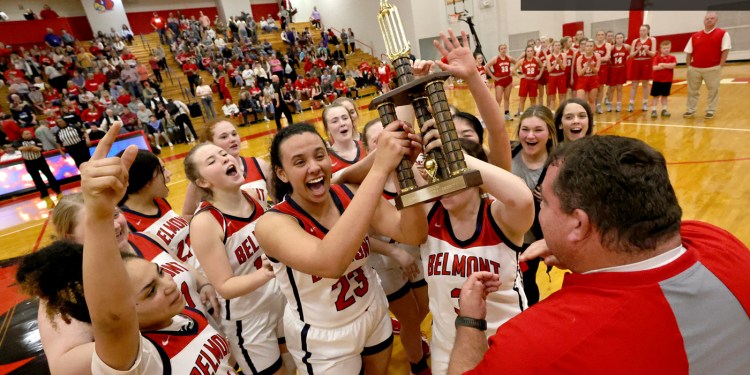 Belmont's Lady Cardinal celebrate as they take the Division 1-2A Championship trophy Friday night after beating New Site for the 1-2A title. (News photo/Jason Collum)

BELMONT | As his Lady Cardinals were warming up for Friday night’s Division 1-2A title match against New Site, coach Chris Higginbottom had one concern.

“We need to play better than we did last night,” he said.

Ninety minutes later his girls were hoisting the Division 1-2A Championship trophy after taking down New Site, 43-34. Still, Higginbottom saw room for improvement as he now readies his team to navigate the Class 2A waters in seeking back-to-back state championships, albeit in two different classifications.

“(I thought we played better) in spurts,” Higginbottom said. “I thought we played a good (first) half. I didn’t think we finished the game well, but, you know, a win is a win. I always say an ugly win is a lot better than a pretty loss and when you play bad and still can win, it’s a good sign of your team.”

After battling back and forth with New Site for the first half of the first quarter, Belmont began to take control. New Site got on the board first but after taking the ball on a turnover the Lady Royals were unable to score and Belmont’s Carlie Brock took the rebound, drove the court and scored, drawing a foul in the process. Belmont briefly took a 3-2 lead before New Site responded with a free throw and a three-point basket. The Lady Cardinals tied the game again, but another three by New Site gave the Lady Royals a 9-6 lead. Belmont once again took the lead moments later – this time for good – as they launched a 13-0 run that would last the remainder of the quarter. Free throws by Mary-Grace Storment with just under three minutes to go gave the Lady Cards a 12-9 lead. Brock followed with a basket and a free throw to extend the lead to 15-9 with about 90 seconds to go. Brock’s jump shot with 45 seconds left and a basket at the buzzer by Kat Reno put the Lady Cardinals up 19-9 and added an exclamation point on the statement they made to close out the first quarter.

New Site broke the run at the top of the second with a free throw, but Brock took the rebound of the second attempt and drove the court for a layup. On New Site’s next possession a turnover gave Brock the ball again and the result was the same, with Belmont building a 23-10 lead with 6:16 to go. New Site began to show life again following a timeout, and the teams traded scores with New Site pulling to within 10, 27-17, with under three minutes to go. That score held until the 54-second mark when Brock sunk two free throws to give Belmont a 12-point edge. A turnover by Belmont and a foul allowed New Site to reel off two more free throws and tighten it to a 10-point game, 29-19, at the half.

As wide-open as the first half was for Belmont, New Site changed strategy coming out of the break and tried to slow down the Lady Cardinals’ attack.

“They were holding the ball and they were just stalling it,” Higginbottom said. “I think that’s what got everything a little sluggish. We never could get in a good rhythm, and I don’t think they ever got in a good rhythm by doing that either.”

New Site struck first in the third quarter, pulling down three straight free throws to narrow Belmont’s lead. Neither team lit up the board offensively in the third quarter and Belmont did not score a goal until 2:46 remaining when Brock made a steal and drove half the court to score on a layup. The teams traded scores afterward, with Belmont taking a 33-26 lead into the fourth quarter.

The scoring drought continued for both teams in the fourth quarter, with Brock breaking the stalemate with a basket with 4:56 to go. Following a timeout New Site again cut into Belmont’s lead with 3:26 remaining. Both teams traded scores from there, with New Site getting a steal and scoring two goals with just under 1:20 to go, leaving Belmont nursing a 39-35 lead with a minute remaining. A turnover appeared to put Belmont’s lead in jeopardy before Lady Cardinal Brooklyn Hodum returned the favor, going the distance for a layup. Seconds later Hodum made the most of her free throw opportunities and gave the Lady Cardinals the final points of the game and the Division 1-2A trophy.

Belmont was a perfect 10-for-10 on the evening in free-throw shooting, with Brock, Storment and Hodum sinking each of their attempts. Brock led all scorers on the evening with 18 points, while Hodum had nine. Other Lady Cardinals scoring included Reno (6), Storment (6), Rayleigh Guin (2), and Kalea Koger (2).

Belmont (23-5) now hosts Charleston at 7 p.m. Monday night, Feb. 14, in the first round of the state Class 2A playoffs. Before they launched into the playoffs, though, Higginbottom’s girls took time in the locker room Friday night to enjoy what they had just accomplished.

“We had a big celebration,” Higginbottom said. “They knew that we had a goal (beginning with this tournament) of seven wins. If we go on a seven-game winning streak, we’re going to be state champions. So, we have two down. This game tonight didn’t only mean division champions; it also means an opportunity to play at home possibly the next three nights, we know two for sure. That third-round game could be here. And then after that, you got two in Jackson. So, for us to not have to travel and bring people in on our own floor, I think that’s an advantage. That’s how important it is to be able to win a division tournament. And I’m going to tell you, the division we are in with the six teams we’ve got, we have a very tough division. And when you can say that you’re division champs through the season – we went undefeated in the division – and then win the championship, that speaks well of our team. You’ve got to have a good team to do that.” 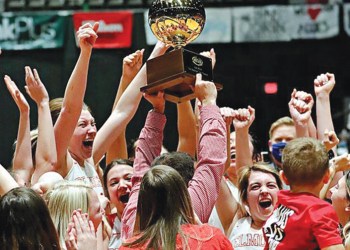 It was their time: Belmont Lady Cardinals win 3A basketball title 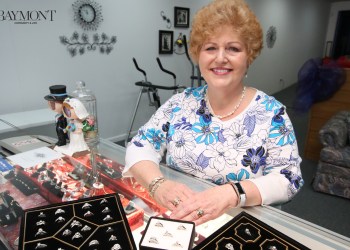