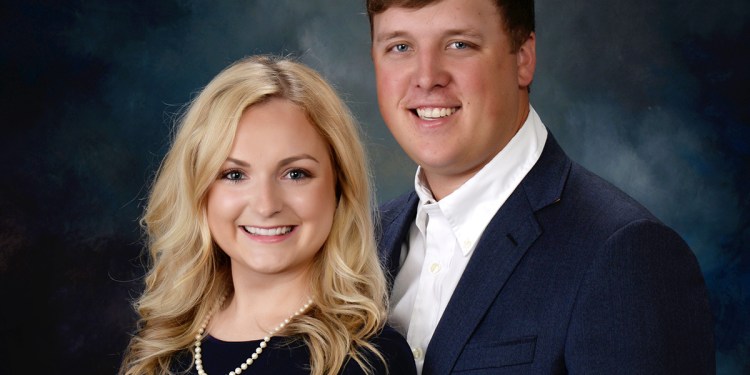 It is with great pride that Mr. and Mrs. Mickey Kennedy of Red Bay, Alabama and Mr. and Mrs. Hilard Whitlock III of Tuscumbia, Alabama announce the upcoming wedding of their children, Clair AnnaGwen Kennedy and Wilson Coley Whitlock.

Clair is the granddaughter of David and Barbara Magness of Big Creek, Mississippi and the late Billy and Gwen Kennedy of Red Bay, Alabama.

Wilson is the grandson of the late Dr. Hilard and Peggy Whitlock of Muscle Shoals, Alabama and the late Dexter and Mary Jane Dean of Sheffield, Alabama.

Clair graduated from the University of North Alabama with a bachelor’s degree in Accounting.

Wilson graduated from Mississippi State University with a bachelor’s degree in Agriculture Engineering Technology and Business.

Wilson and Clair will become Mr. and Mrs. Whitlock on September 4, 2021 before friends and family at First Baptist Church in Red Bay, Alabama.

The couple will reside in Red Bay.