Updated with a new lede paragraph to clarify that this is the second arrest in the community in seven months, but this is the first arrest of Hernandez on these charges.

RED BAY | A Red Bay man is behind bars facing child pornography charges, and it is the second such arrest in the community in seven months.

Franklin County District Court Judge Paula McDowell set bond Thursday at $100,000 for Brandon Hernandez, 19, who has lived in Red Bay around a year. He currently faces 25 counts of possession of child pornography, but according to Red Bay Police Investigator Kyle Gober, additional charges are expected.

“We are expecting quite a bit more,” Gober said.

Gober said it is not believed at this time that any local or area children are involved, but the investigation is still ongoing. Police received a tip around the first of July and have obtained search warrants for several electronic devices Hernandez had in his possession.

Hernandez was arrested Wednesday, July 21, without incident after he went to the police department to answer questions in an unrelated case.

“It’s a miracle how it happened,” Gober said. “We initially got the tip and got a search warrant for the house (where Hernandez lived) but none of (the people living there) showed up so we couldn’t serve him. Then an investigator from Georgia called us about a runaway juvenile who was believed to be at the house. The juvenile’s brother was helping find her, and the brother turned out to be the suspect we had been seeking, Hernandez.”

Police were able to contact Hernandez and ask him to come to the department to answer questions about the runaway. When he got there, he was taken in on the child pornography charges.

Gober said it does not appear Hernandez was operating alone with the child pornography, but said it was too early in the investigation to tell whether others are involved.

This is the second child pornography arrest in Red Bay in seven months. The suspect in the earlier case, Paul “P.J.” Porter, 26, remains in custody at the Franklin County Jail after he was booked on December 31, 2020, on 25 charges of child pornography. Porter additionally faces a charge of theft of property first degree, and his bond was set at $25,000.

Gober said there is not believed to be any connection between Porter and Hernandez. Unlike the Hernandez case, though, there remains a possibility that the Porter case does involve area children. That case remains under investigation as well.

As for the Hernandez case, Gober said the evidence he has seen so far is chilling, and as a father himself there is only one way he can cope with the images he has seen.

“It’s the worst thing I’ve ever seen,” Gober said. “I never in my wildest dreams would have thought I’d see something like this. Prayer . . . that’s the only way to deal with it.” 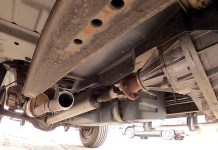 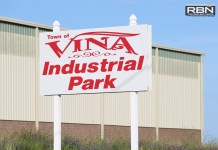 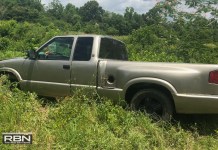