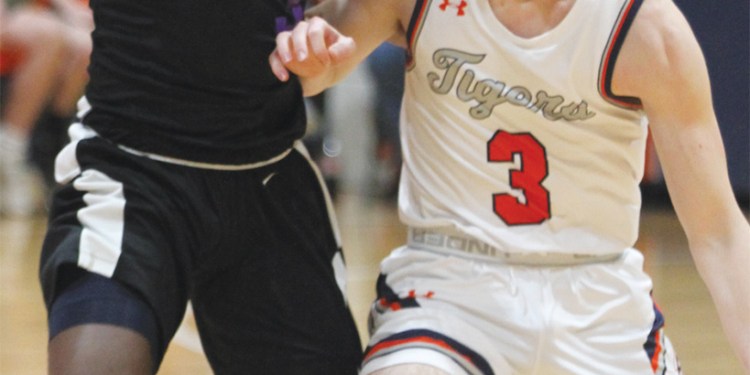 They knew that all good things must end, but the Tigers were not ready for it to end this soon.

After coming off a 61-34 sub-re­gional win over Winston County on Saturday, Red Bay hosted the Sheffield Bulldogs in round one of the regional basketball tournament on Monday. In previous years, this game would have been played at Wallace State Community College, but due to the Coronavirus, the playoff system has un­dergone some re-organi­zation this basketball season.

After the break, Red Bay found itself falling victim to the Bulldog defense. Although Red Bay had an opportunity to pick up some much-needed points after Sheffield’s leading scorer, Devin Doss, found himself on the bench in foul trouble, the Tigers were unable to get their scoring game going during crucial situations. This allowed Sheffield to stretch its lead to 13 points to finish out the third period.

In the fourth quarter, Red Bay continued to scrap for a chance at a win. Carson Corum sank two three-point baskets in the final minutes in an attempt to tighten the point gap. In the end, the Tigers fell to a very tough Sheffield ball club, 63-44.

Braden Ray was the lead scorer for the Tigers with 13points. Although the sea­son was like no other with the virus-forced restric­tions, we are proud of all the Red Bay basketball teams on a great season!