by Jason Collum
in Features
0 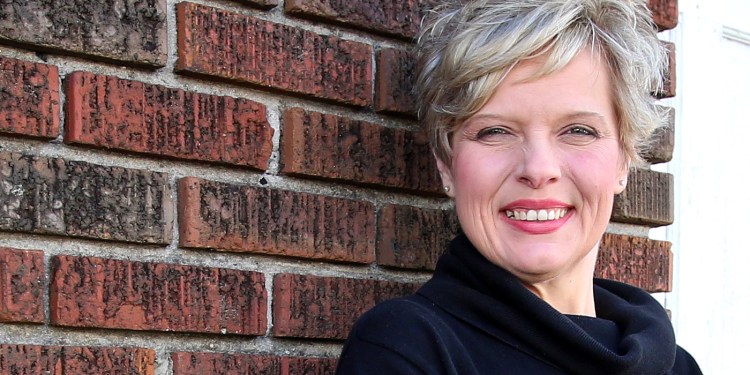 It was her heart that led her to have to make a choice for her health. It was also her heart that that inspired her to put in the work necessary to get to a healthier place in life.

Stidham, 42, of Pleasant Site, feels like a completely new person after starting a weight-loss journey in 2017 that has seen her reach her goal of dropping almost 200 pounds and keeping it off through a consistent course of diet and exercise.

Stidham had struggled with weight her entire life. She said it was a source of not only physical pain but also mental anguish as she found herself being made fun of in school for her size. But of all the words she had heard before, the ones that struck her the hardest came from her doctor.

“The doctors always got on to me about my weight,” Stidham said. “Plus, the heart doctor said I couldn’t keep on gaining weight. He said my heart just can’t take it.”

Stidham also being diabetic complicated matters. Her doctor warned her that she could be facing the very real risk of a heart attack.

That was hard news to take but Stidham accepted it as a wake-up call. Then her nephew, J.T. Stidham, who was seven years old at the time, offered her words of encouragement that struck the ultimate chord and spurred her to take action.

“He looked at me and told me, ‘Aunt Tessa, I’ll be your best friend if you’ll lose the weight.’ He told me that and it gave me the courage to do it,” Stidham said.

So began Stidham’s effort to become healthier – and the path wasn’t easy. Stidham still recalls the first walk she set out on around the farm where she lives in northwest Franklin County, an area with plenty of hills to test any walker. Her first walk was a mile – and she thought it was going to kill her. She kept going, though, pushing through the pain. That one-mile walk eventually became a two-mile walk. Now, she walks three to four mile a day.

Other changes she made included in her diet. She said her weakness has always been breads, candy, soft drinks and potatoes. She had to work to cut these out of her daily routine. She initially thought she could keep drinking diet soft drinks, but her doctor said they weren’t good for her either. She gave them up, going exclusively to water, and she says now her doctor was right. Just as with diet drinks, though, she’s had to learn an important lesson in maintaining her new lifestyle.

“I’ve learned to say no,” Stidham said. “My best friend had a birthday party for her grandbaby turning a year old. She asked if I wanted a piece of the birthday cake. I said, ‘no, thank you, but I can’t have that.’ I had to learn how to say no to stuff like that and it’s been hard. It’s been a challenge.”

The more she refrained from those foods, though, the easier it has gotten. The weight loss has also helped her manage her diabetes to the point she now only takes one medication a day.

As for motivation along the way, Stidham said she looked at clothing she wanted to wear – specifically the clothing in her sister, Sarah’s, closet.

“I said one of these days I’m going to fit in her clothes and honey, I did,” Stidham said with a smile on her face. “I’m not going to lie to you; I’ve got her pants on (at the time of the interview).”

Rather than be upset that her sister is now raiding her closet, Sarah and the rest of Tesa’s family is tickled that she’s achieved this, she said.

“I couldn’t have done this without my friends and family and the good Lord above,” Stidham. “I have had to build my self-esteem up, too. And you have to watch what you do, what you eat, things like that.”

As for the promise and challenge from her nephew, has he stuck to his word?

“Oh yes,” Stidham said. “He is so proud of me. I tell everybody he is who motivated me to do this. When he said he would be my best friend, I carried that in my heart.”