Mississippi’s State Department of Health reported late Friday that three cases of COVID-19 have been confirmed in Itawamba County. The three new cases, along with 57 others around the state, brought Mississippi’s confirmed case count to 160 as of 6 p.m. Friday.

What is important to note is that the state’s reporting is based upon where a person lives and not where they are being treated. No other information was available on the Itawamba County cases.

In Alabama, as of Saturday morning, 124 cases had been confirmed, with the closest to the Baymont area being in Lauderdale and Marion counties. No deaths from the virus have been reported in Alabama, while only one death, in Hancock County on the Gulf Coast, has been reported in Mississippi.

As testing has become more readily available growth in the number of known cases is expected to continue. It is one of the reasons why state, federal and local officials are recommending people stay home as much as possible and avoid getting out into crowds. The effort is meant to “flatten the curve,” or reduce the spike in new infections to help relieve stress on hospitals and medical care facilities.

COVID-19 is a new respiratory virus first identified in Wuhan, China that causes flu-like illness ranging from mild to severe, with symptoms of fever, coughing, fatigue and difficulty breathing. Like the flu, COVID-19 is thought to spread person-to-person by close contact (within 6 feet) and by coughing or sneezing. Other possible routes of transmission may include touching surfaces contaminated by the virus. 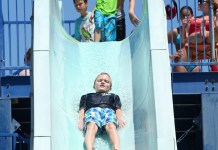 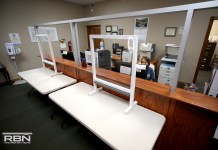 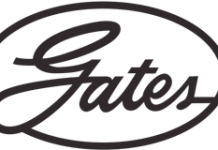 ﻿The day of double standards

Tupelo hospital implementing precautions due to spread of flu