JACKSON, MISS. – After lying dormant for nearly a decade, the last section of Hwy. 76 in Itawamba County, from Banner to Fairview, will now be constructed and become a reality.

U.S. Senators Roger Wicker and Cindy Hyde-Smith and Congressman Trent Kelly on Tuesday announced a $52.4 million Infrastructure for Rebuilding America (INFRA) grant for the Mississippi Department of Transportation (MDOT) for the construction of a four-lane highway in Itawamba County.

“The INFRA grant will be matched with $43.6 million in state and other federal funds which will allow MDOT to construct an 8.3-mile extension of State Route 76,” said Commissioner Mike Tagert, Northern Transportation District. “Thank you to our partners Sen. Wicker, Sen. Hyde-Smith, Rep. Kelly, Federal Highway Administration and others whose support made this project possible.”

State Route 76 forms a part of the Appalachian Development Highway System (ADHS) in Mississippi. The $96 million project will complete the final portion of the ADHS Corridor V runs from Interstate 55 in Batesville to Interstate 24 in Chattanooga, Tennessee, connecting intermodal facilities in the three states, including the Port of Huntsville and the Tennessee-Tombigbee Waterway.

“Corridor V is a vital route for the automotive and furniture manufacturing industries in the Mid-South,” Tagert said. “With the growth of Toyota in Blue Springs and the development of the Toyota-Mazda site in Huntsville, Alabama, we expect to see an increase in freight traffic and just-in-time deliveries.”

Currently, a 2.5 mile four-lane section of Corridor V stretches into Mississippi from Alabama.

“This grant will secure the needed funding to complete Corridor V in Mississippi by connecting the missing 8.3-mile link to Interstate 22,” Tagert said. “The quality of our infrastructure impacts our quality of life and factors into economic development. Increased mobility, connectivity and commerce will lead to more investment and more jobs in the region.”

Freight traffic along Corridor V currently has to use a 13-mile section of two-lane State Route 23 when traveling from Interstate 22 to Alabama. The new highway will cut four miles off the trip, but more importantly take traffic off the narrow two-lane route, making the highways safer for the traveling public.

“MDOT’s number one priority is the safe and efficient movement of goods and people,” said MDOT Executive Director Melinda McGrath, P.E. “This final phase of Corridor V will take freight traffic off two-lane highways and move it to four-lane highways specifically designed for this purpose.”

MDOT expects to advertise the project in spring 2020.

The construction of this final segment of Corridor V was originally scheduled to begin in 2011, but was postponed due to funding constraints.

“This project is a great example of the work MDOT can do when funding is appropriated,” McGrath said. “We hope to continue working with our partners to fund infrastructure improvements that grow Mississippi’s economy.” 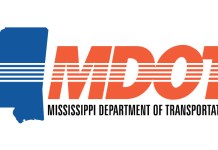 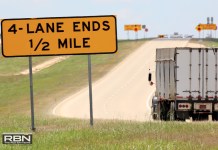 Expect Delays: ﻿Completion of four-lane from Banner to Fairview remains years away