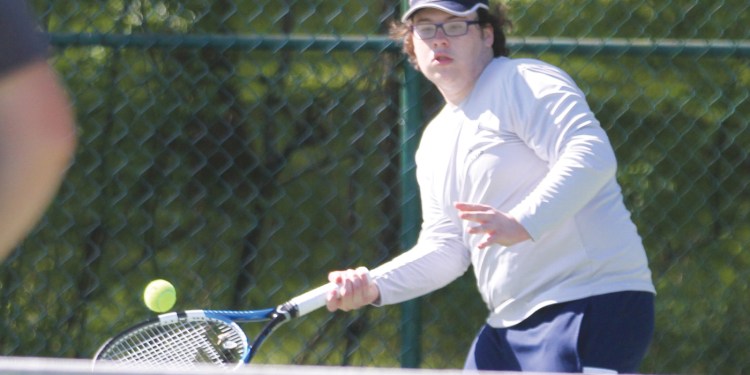 Red Bay’s tennis teams competed in sectionals this Monday in Florence.  Noah Brewer won in the finals against Lexington and will be advancing to the state meet to represent the Tigers in Montgomery next Monday.

In the day long process, several teams and individuals were able to get through their first rounds, but Brewer was the only one to win in the finals.

In the girl’s doubles, Reagan Kuykendall and Myah Jackson and Anna Kate Kennedy and Jaycee Davis advanced to the second round.

In the boy’s doubles, Tyler Murray and Tanner Nichols lost in the finals to Shoals Christian.  Jacob Davis and Dylan Hester were defeated in the finals by Lexington.

In the boy’s singles, Alex Kennedy lost in the finals to Lexington, while Brewer won his final round to qualify for a state appearance.