About 700 members of Kello and Elaine McAnally’s family are coming to visit them in Red Bay this week.

“A lot of the members have become like family – a lot of them are closer to each other than they are to family.”

The McAnallys, with the go-ahead from Bob Tiffin of Tiffin Motor Homes, started putting the club together in 1978.

“When Kello and I bought our first Allegro, we were very active in our local Good Sam Club and attended many Good Sam rallies,” E. McAnally said. “Many of our friends had different units and were members of the Holiday Rambler Club, Wally Byam, Air Stream Club and others. So, we came over to Red Bay and asked Mr. Tiffin if there was an Allegro Motor Home Club. He said ‘no.’ So Kello and I asked if we could try to start a club and he gave us permission and let us use their warranty cards as leads.”

Membership has since skyrocketed. There are 72 chapters throughout the United States and 14,300 members. Thirty-four charter members are still active in the group.

“We never dreamed it would lead to this,” E. McAnally said. “It just started as a fun thing. We’re actually international. We have members from Canada, England, Bermuda, Norway and Australia.”

Three or four rallies are held each year, along with two caravans.

“The rallies are held at different places,” E. McAnally said. “We try to give everybody a chance not to have to travel so far.”

About 250 Allegro motor homes will return to the factory for the Red Bay rally. It will be held at the industry on Golden Road and on the left side of 10th Avenue North near the Red Bay Nursing Home.

“For this rally to be our first here, it’s a good turnout, plus with the gas prices as high as they are,” E. McAnally said. “Gas is a big factor. Our club members are retired people on fixed incomes.

“We’re pleased. We have a field full of sites ready. We hope as it continues each year it will be built up by word of mouth.”

Activities and sightseeing are planned for club members each day and night during their stay in Red Bay. Shuttle buses will be used during the rally for group transportation, including stops in downtown Red Bay for shopping.

﻿From 9 a.m. until 3:30 p.m. Thursday, club members will be welcomed at a hospitality booth sponsored by the Red Bay Civitan Club. Later that afternoon they will be officially welcomed by K. McAnally, Tiffin and Red Bay Mayor Billy Bolton. Entertainment will be provided that night.

Tours of the Tiffin Motor Homes factory will take place throughout the day Friday, and nationally known entertainer Jerry Clower will give a performance that night for club members.

On Saturday seminars are planned by various manufacturing and supply companies. That night, Russ and Becky Jeffers from Opeyland U.S.A. in Nashville, Tenn., will entertain rally participants.

A craft show and sale will also be in progress throughout the rally, and other activities are planned.

In conjunction with the event, a men’s and women’s golf tournament will be held October 7-10 at Redmont Country Club.

“We appreciate Red Bay and all it has done,” E. McAnally said. “The people here have gone all out for this rally. We appreciate the support and donations.”

The McAnallys also publish the Allegro Open Road Hot Line news tabloid. It is mailed to every member and to dealers and prospective customers.

“This is a full-time job,” said E. McAnally in the club’s office at Tiffin Motor Homes. “We did it for a long time, just the two of us. Now we have Loretta Ables, who is our right-hand girl. It’s a lot more work than people think. “

“The person who has helped us is Mr. Tiffin,” E. McAnally said. “He really supports us. We wouldn’t be a club without Mr. Tiffin. He’s a wonderful person.”

What started only as a “fun thing” is still fun and also hard work – both of which the McAnallys thrive on. 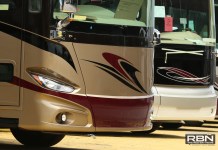 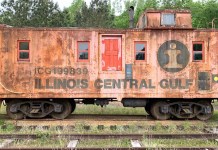 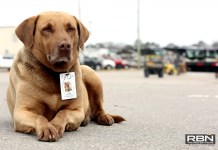 Red Bay holds Addison as seconds tick off clock to get...