As the lights dimmed and the spotlight focused center stage, the band played the familiar notes of “Stand By Your Man” and the First Lady of Country Music Tammy Wynette was home again.

She performed before a capacity crowd Friday night, March 17, in a benefit concert for Red Bay High School.

Governor Guy Hunt attended the event, held in the Red Bay High School gymnasium, which had been planned and promoted as part of the “Alabama Reunion” celebration.

Governor Hunt thanked Wynette for all she has done for the state and for her hometown.

From the moment Wynette took the stage, the mood was upbeat. “There’s no place like home, and no folks like home folks,” she said. The audience, made up of many of the family members and friends she grew up with, responded with a standing ovation.

The concert, which included a variety of ballads, gospel songs and some uptempo numbers, left no doubt that Tammy Wynette is still certainly “The First Lady of Country Music.”

Two releases from her new album “Next To You” were introduced by Wynette. “Liars Roses,” which has been released in Europe, and “I Thanked The Cowboy For The Ride,” released by Epic records here in the United States are predicted to once again put Wynette at the top of the country music charts.

“How do you feel about making this a yearly event?” Wynette asked an enthusiastic audience. The response was another standing ovation. The country music entertainer said she planned to be back next year for an even bigger and better show.

After her hour-and-a-half performance, Wynette left the stage and was escorted back by Governor Hunt and Red Bay Mayor Billy Bolton. Governor Hunt once again expressed his appreciation to Wynette and presented her with the official “Alabama Reunion” medallion. Mayor Bolton announced the stretch of Highway 24 from Russellville to the Mississippi Slate line would now be known as “The Tammy Wynette Highway.”

A tearful Wynette expressed her surprise and appreciation, adding, “Maybe I won’t get any more speeding tickets on that stretch of road!”

Mayor Bolton also presented her an infrared map of the Red Bay area, including parts of Itawamba County, Miss., where Wynette grew up. The evening concluded by Wynette once again thanking her audience for helping her help the school. It is estimated approximately $15,000 was raised.

In an interview after the show Wynette said, “I feel so good about this! The people were so good to come out. I enjoyed doing the show so much.”

She said she knew six computers would be purchased for the school and some repair work done on the building. “And what ever they need most,” she said.

“This has been a wonderful night.” 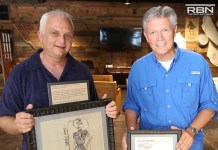 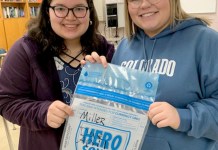 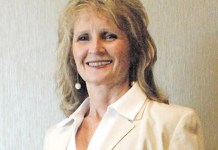 ReSound: A Band of ‘Brothers’