by Archie Lee
in Features
0 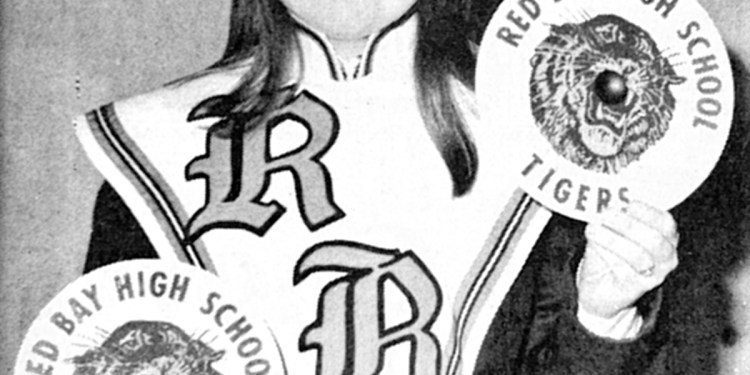 WANNA BUY A WHATCHAMACALLIT?” Asks one of the littlest and liveliest members of the Red Bay Band, Wanda Green, who plays piccolo, the littlest instrument in the band. The band has been selling these plastic disks with the RBHS Tiger done in the school colors. They fasten to windows in cars and homes by a suction cup, which can be seen on the upper one. The suction cup has been reversed on the other to face the other way. Band Director John Aycock has announced that members of the band will call on local businesses and residences this Saturday with the disks and perhaps man a roadblock to sell them. The price will be $1.25, although they were made to sell for $2.00, he says. Funds raised will be used for drums, which Aycock says the marching band needs badly.